Earlier this year, my good friend, Jeanie, decided she was going to remodel her house, and make it everything she ever wanted.  After all, she was "going to stay in it until they carry me out!"  In the springtime, an architect appeared.  In April, Paul the contractor took up residence.  And, finally, last week it was finished.  Yesterday, Jeanie hosted an open house/Christmas party, and, I've got to tell you, her house looks like someone plunked a whole different house down on her lot.  Everything, and I mean everything, is different.   It poured down rain on the drive over, so I was glad to park the car and scurry up the sidewalk! From the moment the front door closed behind me, it was like being in the coziest, most welcoming part of the holidays ever. 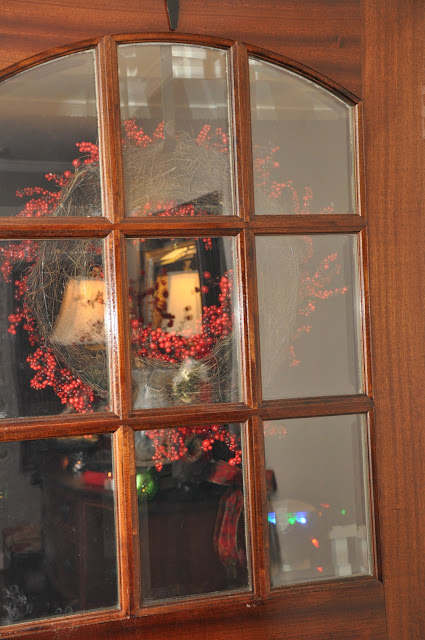 On the left is this beautiful table, just brimming with holiday cheer.﻿ 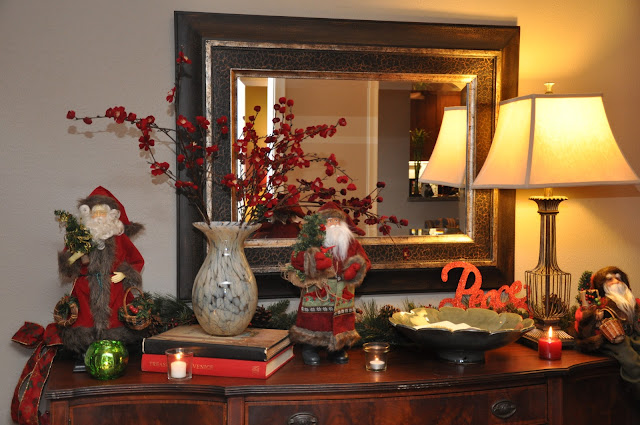 Straight ahead, is this tres cool display. 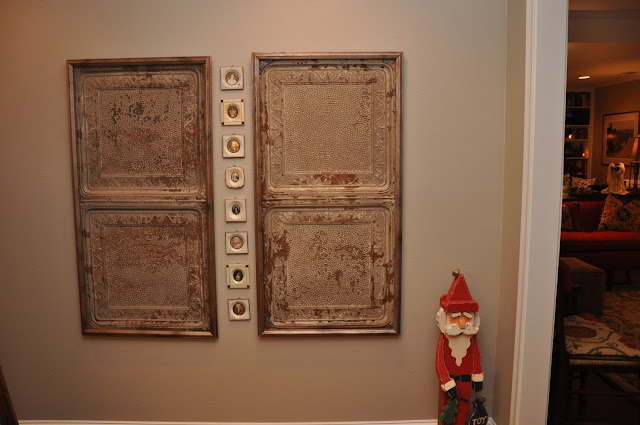 Walls had been knocked down, new rooms appeared, ceilings had been raised.  It was amazing!  To the right, a new dining area had been carved out.  Who knows how these things are done!  I think the ultimate compliment, though, was that it looked like it had always been this way.  Of course the spread of food that Jeanie had on her lovely new dining room table was typical Jeanie.  She'd hate for anyone to go away from her house hungry! 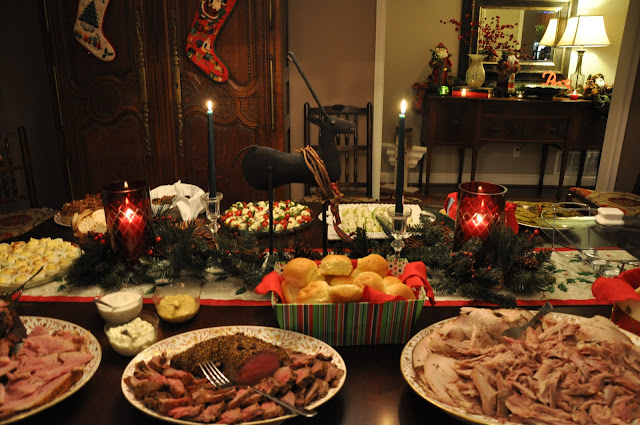 ﻿The living area is so comfortable, you just want to sit down and stay a year or two. 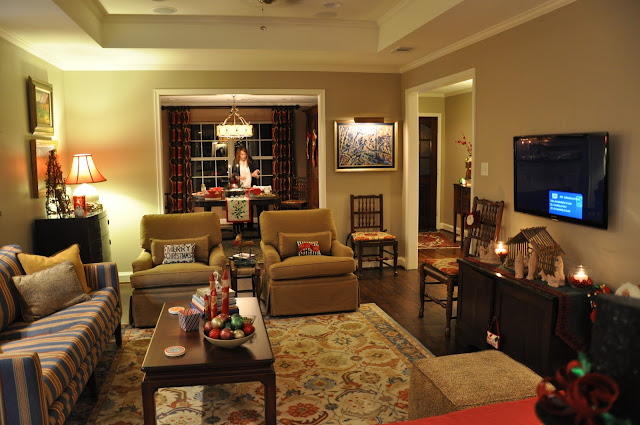 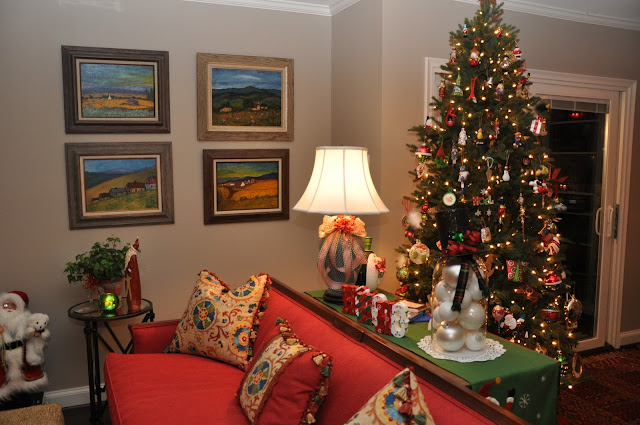 You can see by the smile on Jeanie's face that it's everything she ever wanted. 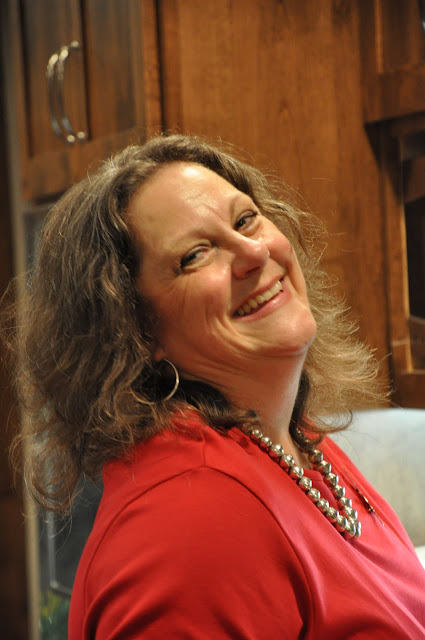 Here's Allison, Mac's girlfriend, who was in charge of lighting several hundred candles throughout the house! 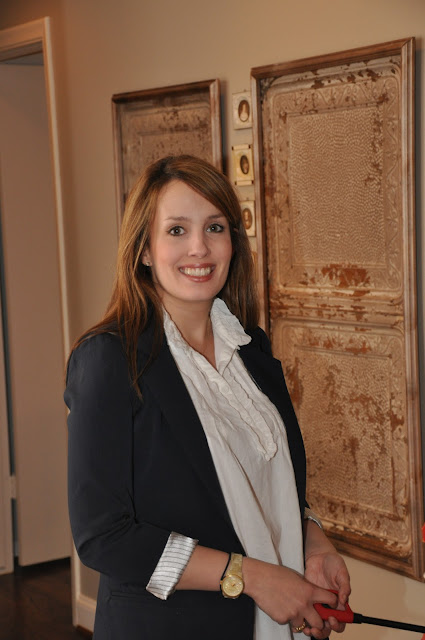 Back in the kitchen (also newly redone), Jeanie's good friend Bill was wielding the carving knife. 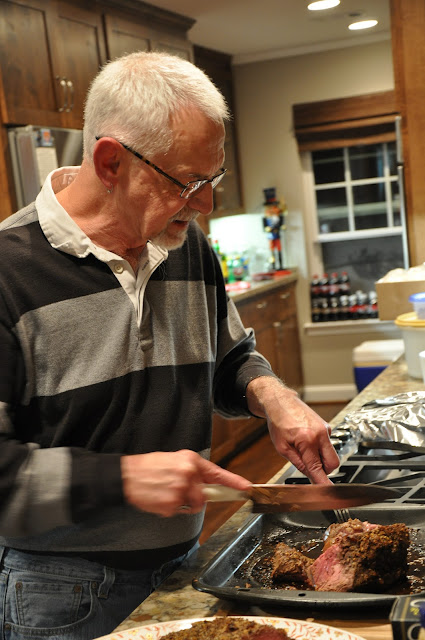 Kitty Lucy was staying far away from all the activity! 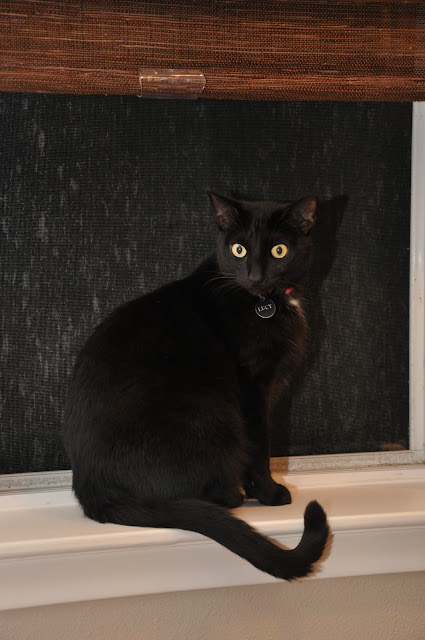 Little touches throughout the house were just right! 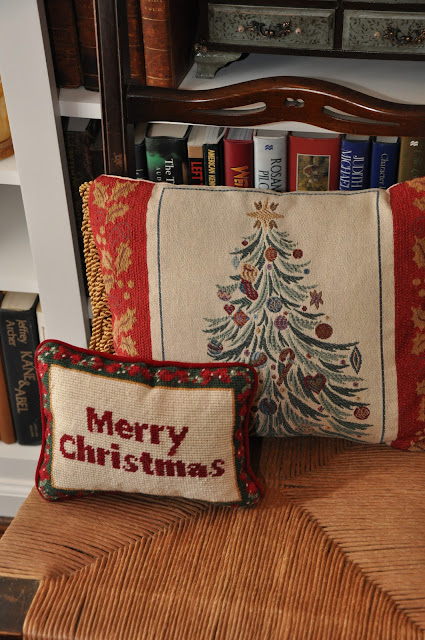 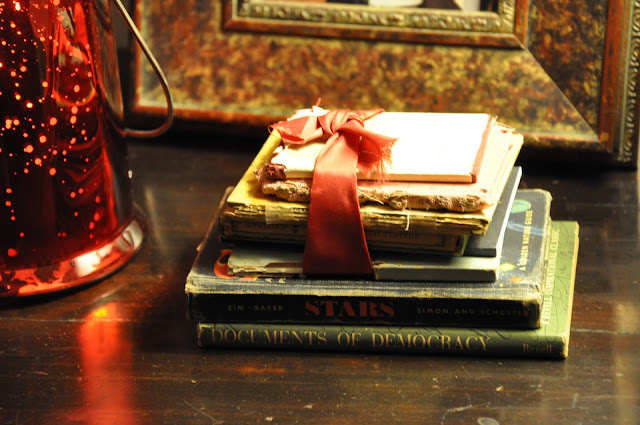 The nutcracker collection was out front and center!﻿ 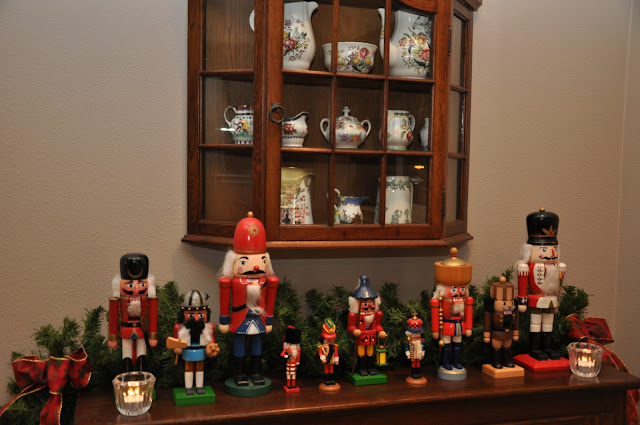 Down the hallway, two bedrooms had been completely redone.  Beyond comfy, don't you think? 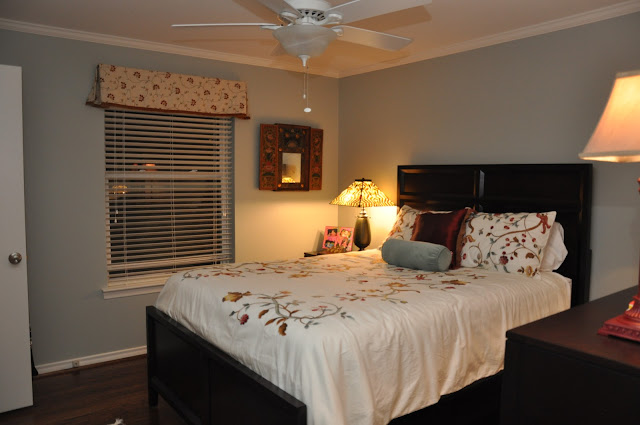 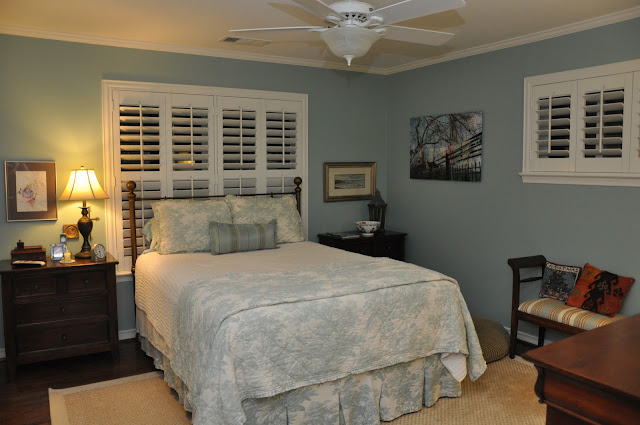 One thing I was happy to see not changed was the grouping of family photographs in the hall.  Jeanie has an awesome family, and it's nice to see a wall of good memories. 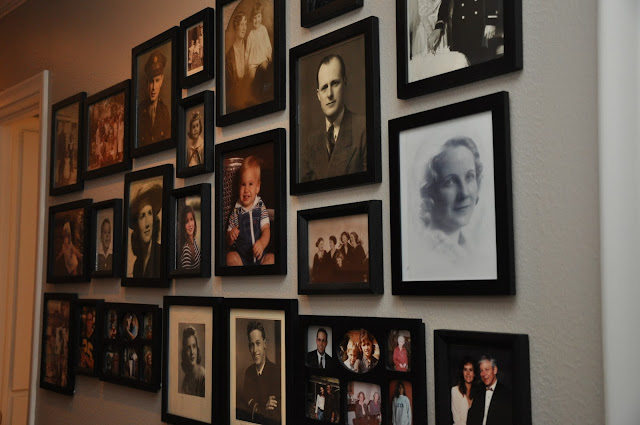 But back to the party! 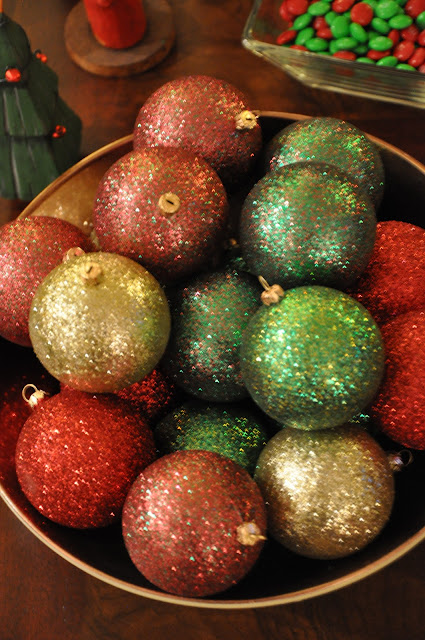 Did I mention that the yard has been re-landscaped, as well?  It has.  Look what a cute little spot for the boys to get away! 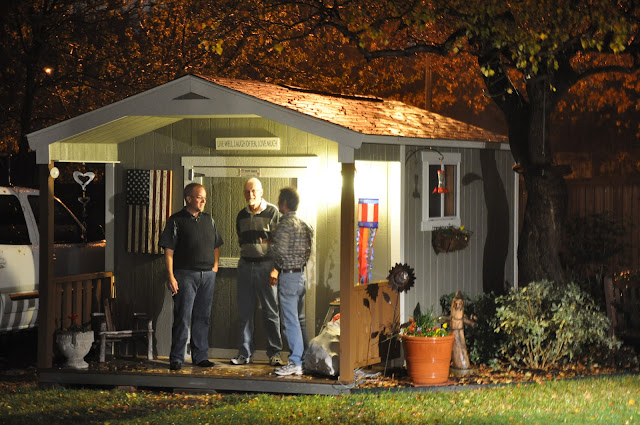 ﻿The far wall in the living area has all sorts of treasures on its shelves. 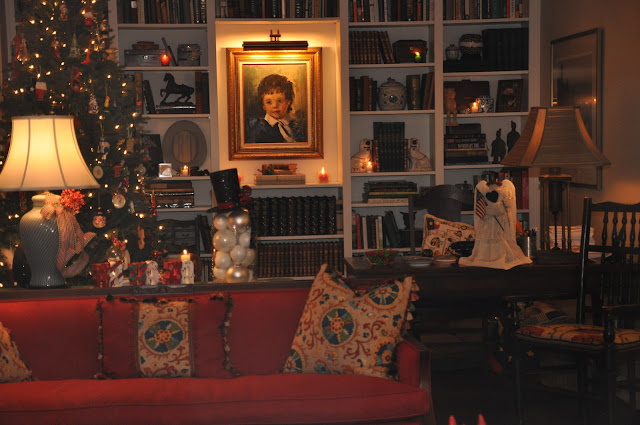 My favorite part, though, is Jeanie's spot for remembering her daddy.  He'd be proud, Jeanie. 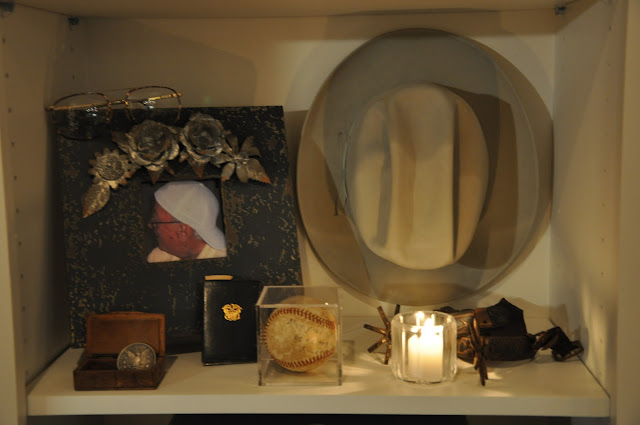 It was good to see Jeanie's sister, Clare, and her husband, Archie.﻿ 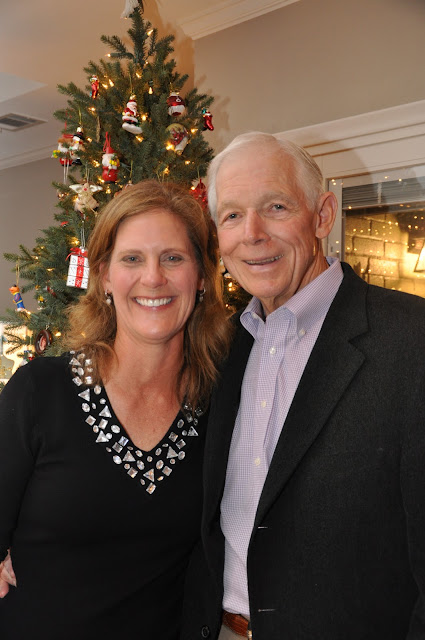 ﻿Before I knew it, the house had filled up with people.  They spilled over into the garage (set up as a "second party area" for the evening) and stood outside on the porch out of the rain. If you were driving by, you'd hear laughter, the hum of good conversation, and maybe even feel the warmth of the house.  I put away my camera and enjoyed the rest of the evening.  Thanks, Jeanie, for a wonderful evening.  In fact, it's a wonderful life, isn't it? 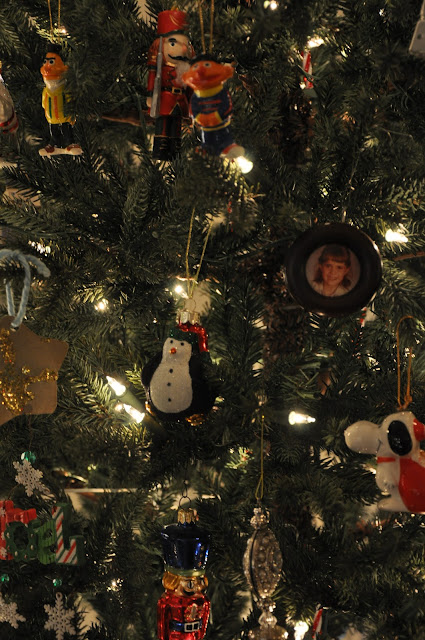