I have a friend visiting me from Alabama.  She knows that I always have my camera slung around my neck, so she was more than dismayed to find out that I had not documented the handmade quilts that I treasure.  Many were made by family members, but some were found in antique stores around the South.  One I actually "commissioned," almost thirty years ago. No one back then had a lot of money, so the quilts were made from scraps left over from homemade school dresses, feed sacks, or material purchased at tiny local fabric shops. This afternoon, we got them all out of the linen closet, and I photographed complete versions, as well as close-ups.  They're too pretty not to share some with you. 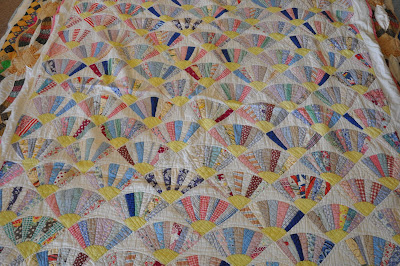 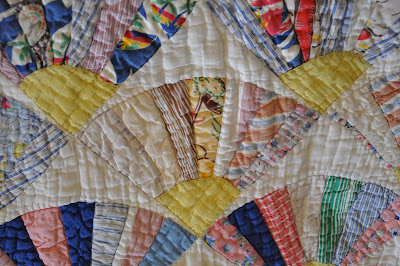 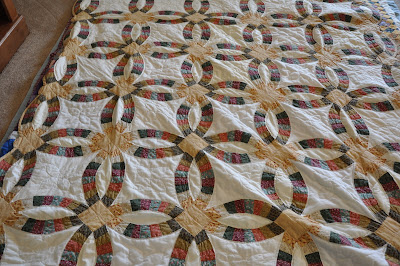 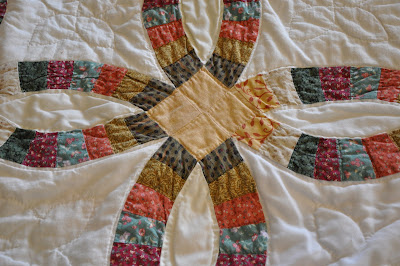 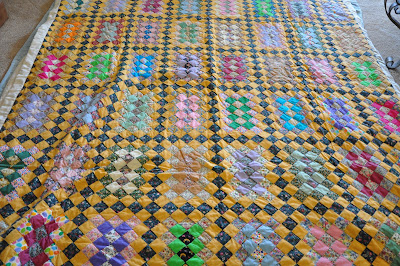 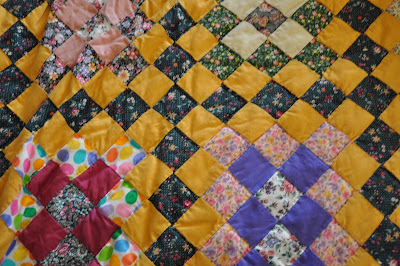 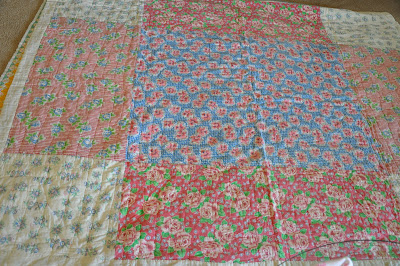 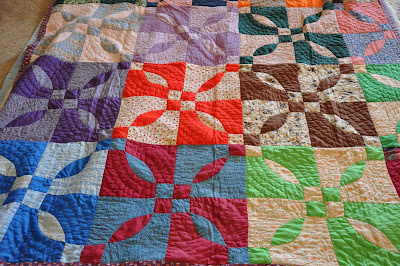 My Great-grandmother, Lucy Spann, made this quilt for me in 1968.  It's been called both a Dutch Doll and a Sunbonnet Sue pattern. 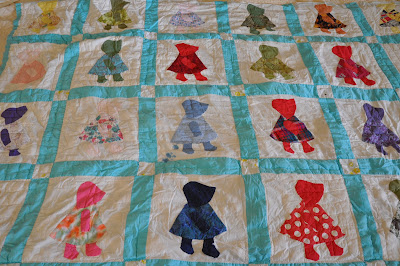 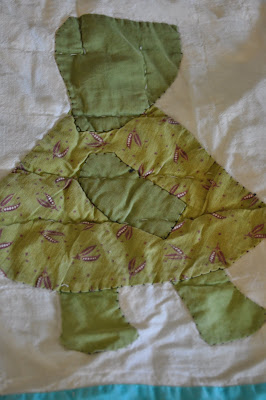 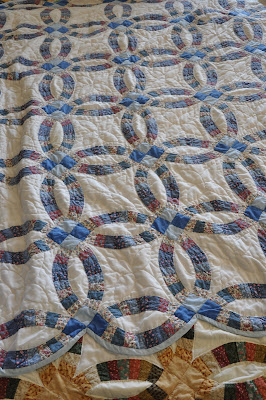 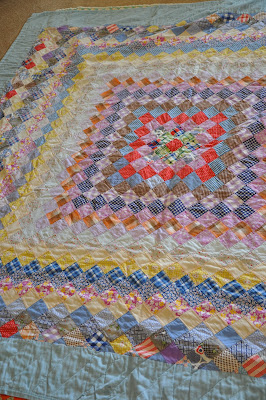 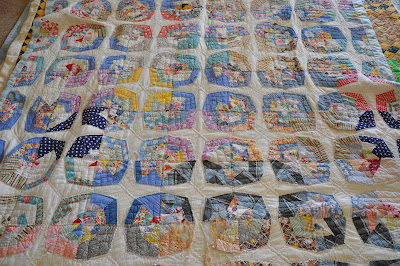 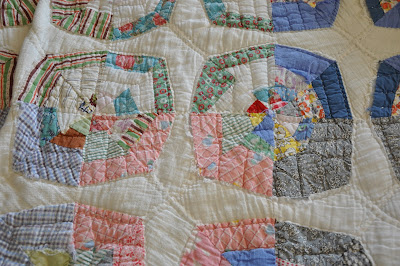 The baby quilts were mine, so they're quite old! 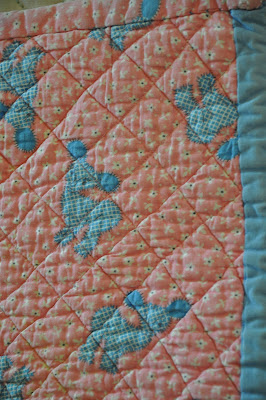 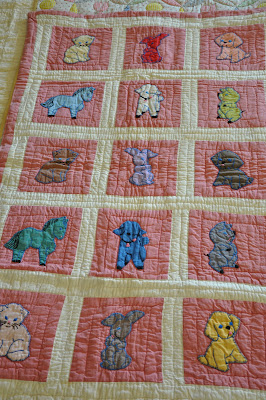 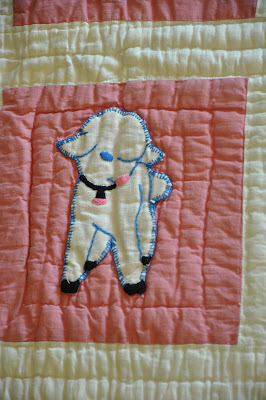 This soft blue and off-white quilt was made for me in the early 1980's in Winfield, Alabama by Mrs. Byers, an elderly woman whose quilts were some of the best in the county. The pattern is called Cathedral Window.  Each circle was sewn separately and then pieced together.  It is for a king-size bed, and it took Mrs. Byers over a year to make.  When she finished, she said it was her last one, that she'd never make another one again.  A few months later, my Aunt Elaine harrassed her into making a matching pillow for me for Christmas! 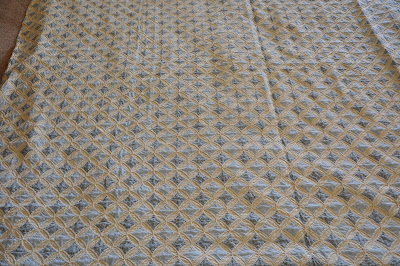 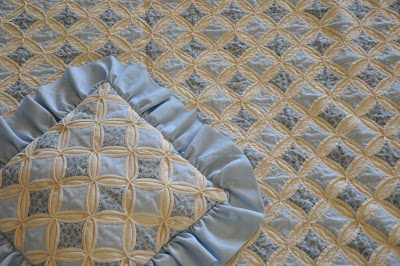